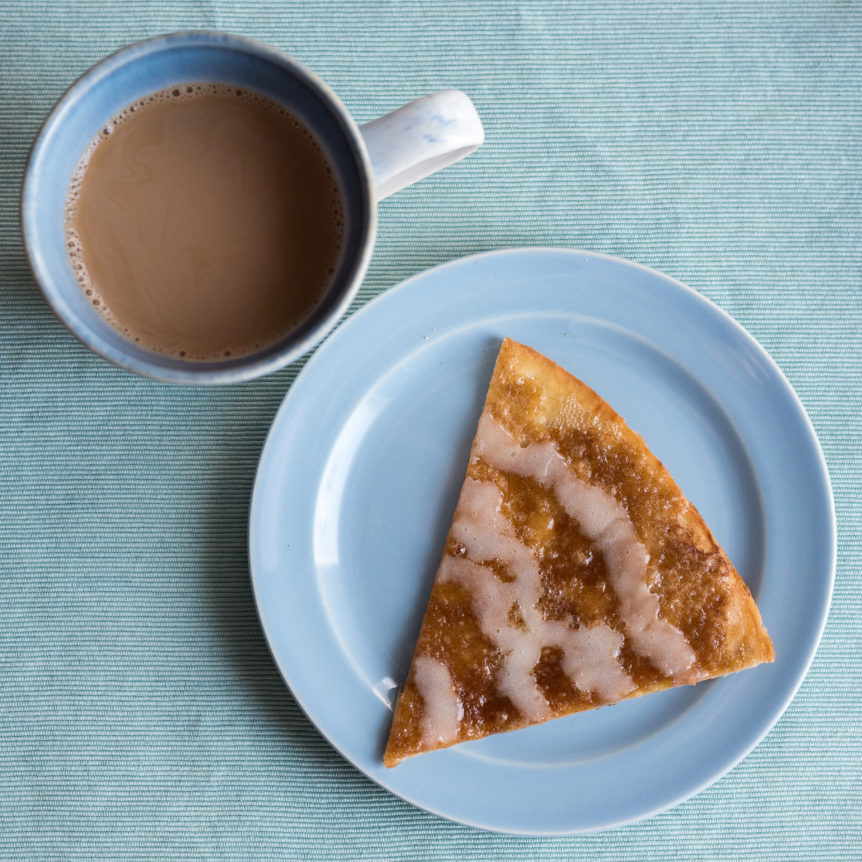 On a cold day when you’re looking for that comforting flavor of freshly baked cinnamon buns, but you don’t want to get weighed down with all the heavy dough, this crispy cinnamon roll pizza is a perfect solution. It’s the ideal breakfast for a snow day and takes about 10 minutes to put together.

Preheat oven to 400 degrees. In a microwave safe bowl, melt 4Tbsp of butter. Stir, then add cinnamon and brown sugar and mix well. Spread the cinnamon mixture on a Pastorelli Pizza Crust, then bake for about 8 minutes, until bubbly or golden brown.

While the pizza is baking, melt the remaining 1 Tbsp butter in another bowl. Add the vanilla extract and then the powdered sugar and mix well, until completely combined. Next add the half and half until the icing has a nice consistency that can be drizzled.

Drizzle the icing on the pizza as soon as it comes out of the oven and serve immediately with coffee.