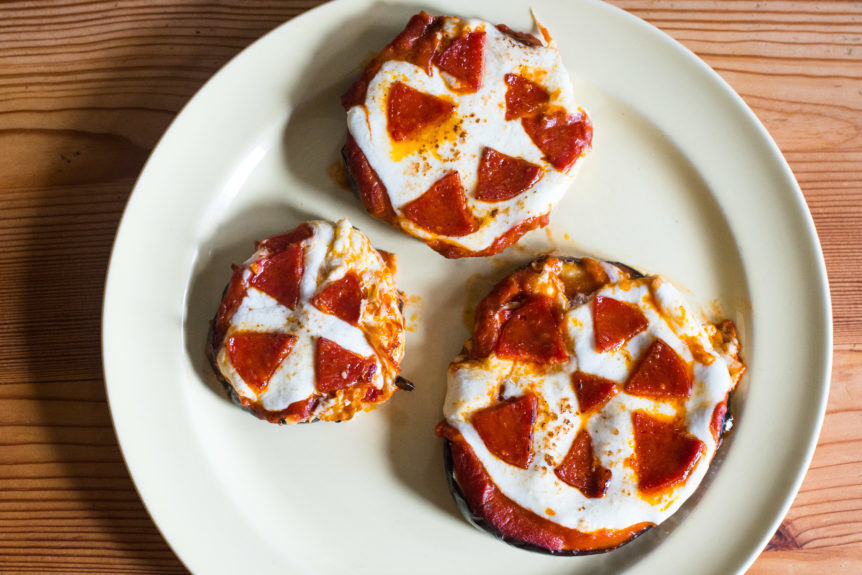 For when you’re craving pizza (always) but are looking for a healthier alternative, try these mini eggplant pizza bites. Instead of a crust, the base is simply sliced eggplant, which is rich in fiber and antioxidants. Top with Pastorelli’s Non-GMO pizza sauce, a touch of cheese or pepperoni and you’ve got a delicious midday snack or weeknight meal!

Slice the eggplant into ½-¾ inch disks and sprinkle with salt. Let sit for 15 minutes, to draw some of the moisture out of the eggplants.

Rinse and pat dry, then brush with the olive oil and minced garlic. Bake at 400 degrees for about 10 minutes.

Meanwhile, slice the fresh mozzarella and cut the pepperoni into smaller pieces.

After pulling the eggplants from the oven, top with a thick layer of pizza sauce, a slice of cheese and your mini pepperonis.

Return to oven and broil for 1-2 minutes on high until cheese is melted and golden brown. Serve immediately.